Top 5 Reasons Parents Take Their Kids to a Beaumont Chiropractor 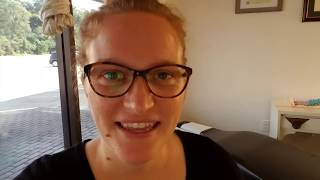 "Bridging the Gap Between Crisis Care and Optimal Function"

It's seminar weekend! I'm at my old stomping grounds in Houston at Texas Chiropractic College attending a seminar led by Anthony Carrino, DC with the International Chiropractic Pediatric Association (ICPA). The description of this weekend: "Creating the paradigm shift from symptom care to functional based healthcare with considerations for family lifestyle changes. Evaluation and management of the common symptoms and cases in a pediatric practice. Co-management with medical providers. Documentation. Risk management. Family lifestyle nutritional considerations."

This course is all about bridging the gap between crisis care and optimal function. We live in a country that is superior in "sick care." If you have a heart attack or stroke, need an organ transplant, have an emergent asthma attack, etc. you are in the right place. But how are we managing the "subclinical" problems that lead up to the emergent occurrences? Not good! The US has one of the highest dollar amounts spent on healthcare per capita, however, we also have some of the highest obesity, cancer, and heart disease rates.

The good news is that people are starting to wake up! Not only are families starting to follow their intuition and pick up on the subtle signs the body gives us that something is awry, but they're taking action. While medications and surgery are necessary at times, should they be the first consideration? Many people are realizing that these should be considered LAST.

Check out this ICPA article on failure to thrive and how chiropractic helped. Long story short, a 4 month old infant was medically diagnosed with failure to thrive. It was recommended that feeding tubes be inserted into the infant as there was no clear cause of the problem. The parents decided to seek chiropractic care first.

For more information, check out ICPA4KIDS.org